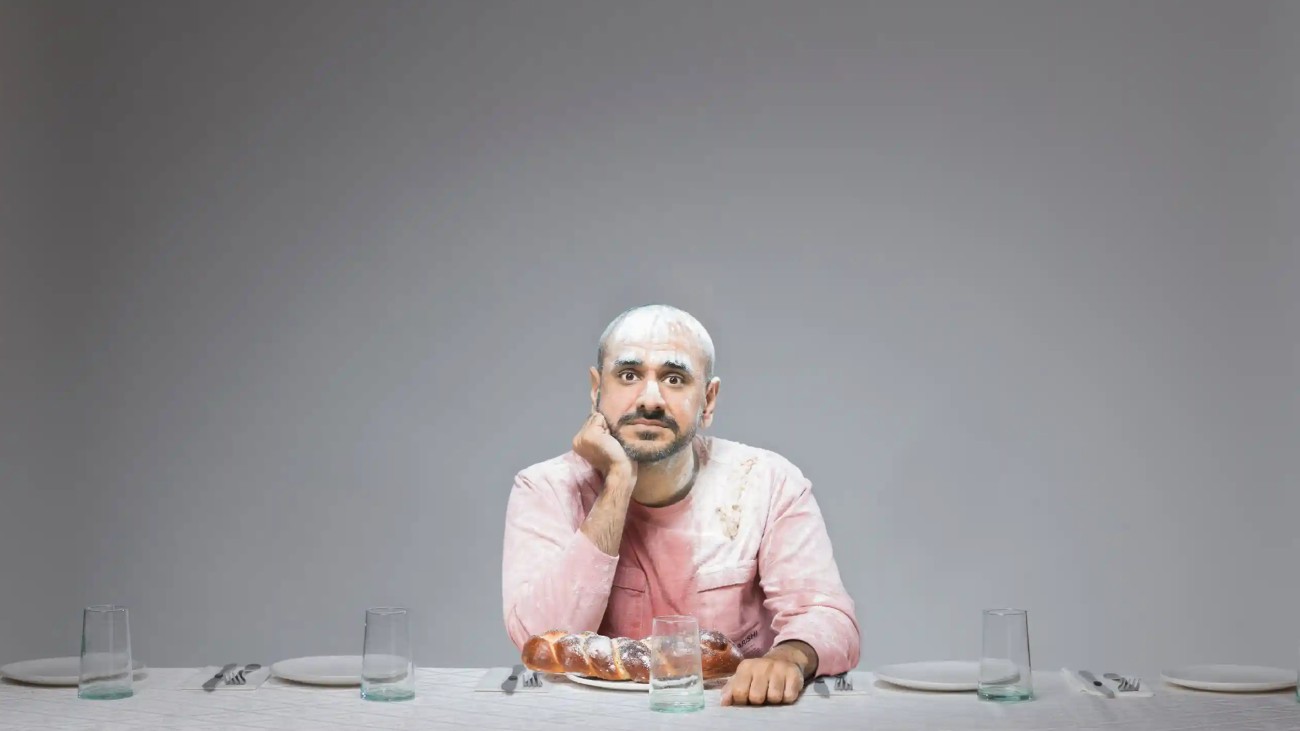 The con would start with a phone call from a powerful Hollywood exec, with a life changing career making opportunity. Vague details are exchanged, and a trip to Jakarta, Indonesia to scout for locations and take meetings becomes necessary. The glamor and globality of it all feels flattering, and so victims were quick to take up the offer. Fast forward to Jakarta, and many requests for driver reimbursements, things start to get fishy. Victims would leave the country in frustration, without a job and with less money than when they arrived. The “Hollywood Con Queen”, who faked being Wendy Deng Murdoch to Kathleen Kennedy, ends up being a man called Hargobind Tahilramani, an Indian-Indonesian man, who often posed as a middle aged Chinese woman. Tahilramani is the son of a rich Indonesian film producer and was a food influencer before he scammed $2M dollars from victims. This month, he will be going to trial for several counts of wire fraud and aggravated identity theft. If he loses, he will be extradited to a US prison. 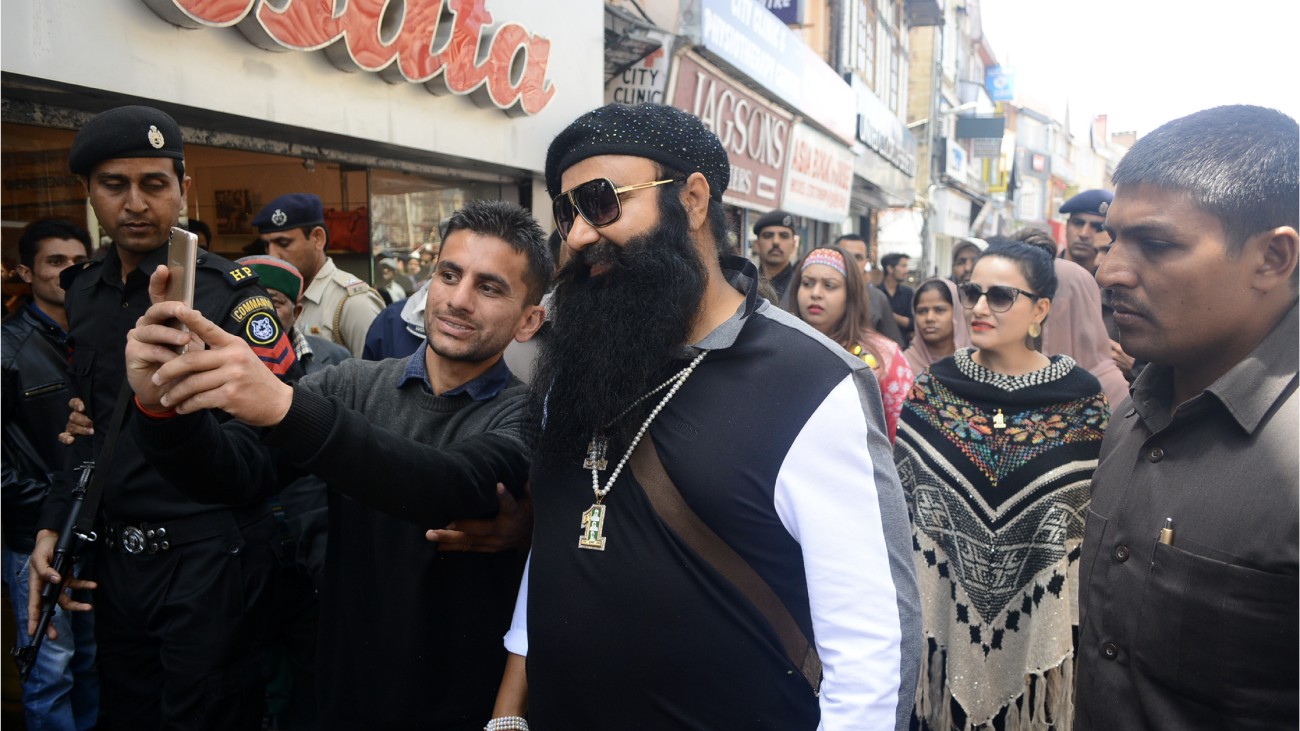 Even murder, rape, and castration convictions can’t bring this spiritual guru down. Gurmeet Ram Rahim Singh, founder of one of India’s larger cults ‘Dera Sacha Sauda’, rides expensive motorbikes, stars in his own movies, and rocks out at concerts wearing bizarre costumes. Today, the “guru of bling” AKA “baba” is serving a life sentence that hundreds of thousands of people are adamantly protesting against. In 2002, anonymous allegations of sexually exploiting girls began but no one was willing to speak up. Some did, like journalist Ram Chander Chhatrapati, who was then murdered. Since then, Ram Rahim has been charged for raping women?, prosecuted for enforcing castration of 400 followers, and sentenced to prison for murder. Following his conviction, there were violent protests, widespread vandalism, and dozens of Dera members killed in clashes with police. According to Rahim, he is a messenger of God and has led over 60 million people on the path of God-realization. His group has 46 divisions across India and the world, and millions of devotees. He holds political influence and before going to jail, senior leaders from political parties would visit the guru to seek his support. ‘Dera Sacha Sauda’ may have good intentions and deeds behind it, but none can compensate for the years of abuse and exploitation of power Ram Rahim has caused. 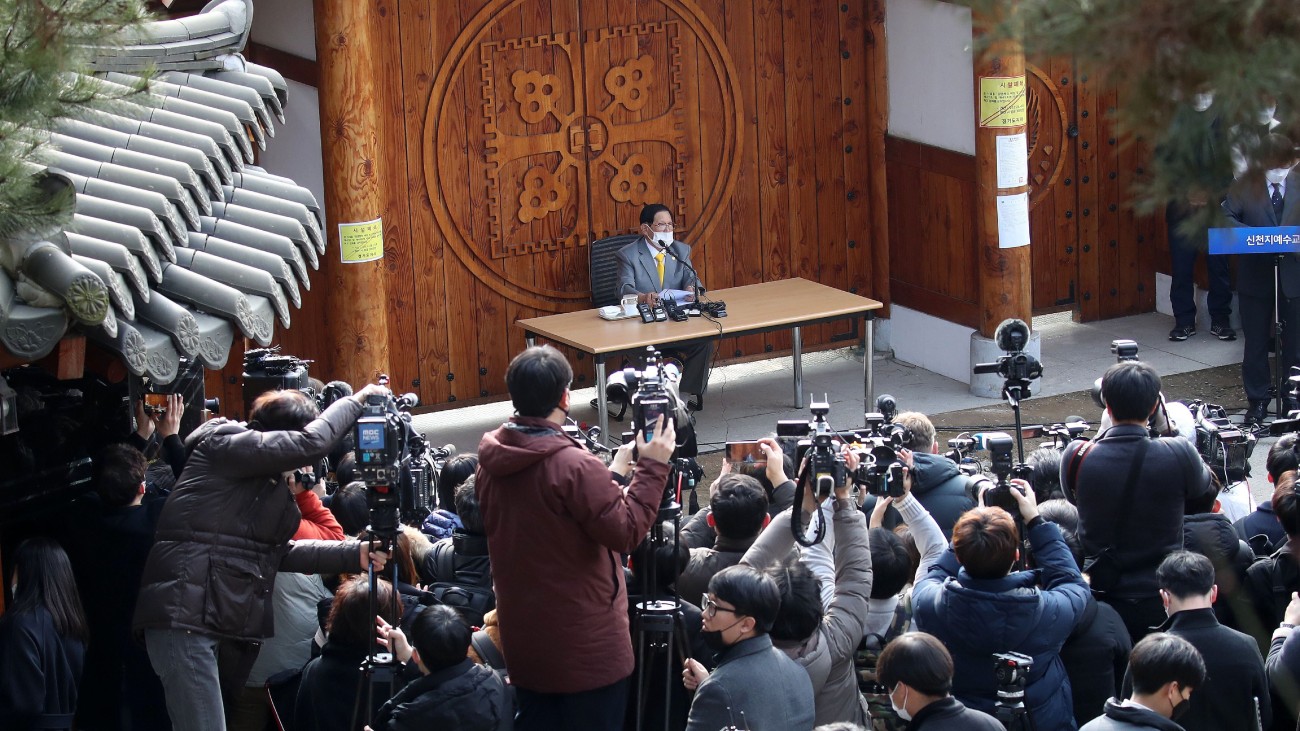 South Korean cult, Shincheonji, boasts nearly a quarter of a million members and 70 churches across the country. In 2020's first wave of COVID-19, more than half of the country’s confirmed cases linked to Shincheonji, and it quickly became evident this cult was spreading more than COVID. The investigation revealed coercive tactics used on members, including brainwashing and psychological manipulation. For example, Shincheonji’s style of mass worship packs 1,000 people in a room and forbids them to Google what the church is. Known to go to extreme lengths to gain new followers, recruiters admitted to unethical practices to get followers, including operating out of offices disguised as youth centers and inviting unaware Christains to join what they thought was a regular Bible study. This aggressive and disingenuous recruitment actually paid off, with 240,000 followers and twelve tribes. When Shincheonji’s leaders refused to cooperate with authorities, both withholding information and releasing false records of their members, they claimed they were being unfairly targeted as scapegoats. This prompted former members to come forward with stories revealing the insidious ways they indoctrinated and isolated members–specifically young people in their 20s. Other members deny all negative claims and have made it their goal to protect the cult. Will more unhealthy silence be broken, or will Shincheonji members continue to believe this is what service and community mean? Host & Producer Joy Jihyun Jeong Producer Stephanie Tangkilisan Editor-In-Chief Keshia Hannam Director of Photography Boya Sun Additional Research Ella Chi Editor Shakeeb Asrar Animator Samuel Salas & Fitra Pratama Sound Mix Ezound Studios Graphic Design Samuel Kang & Fitra Pratama & Annie Zhao 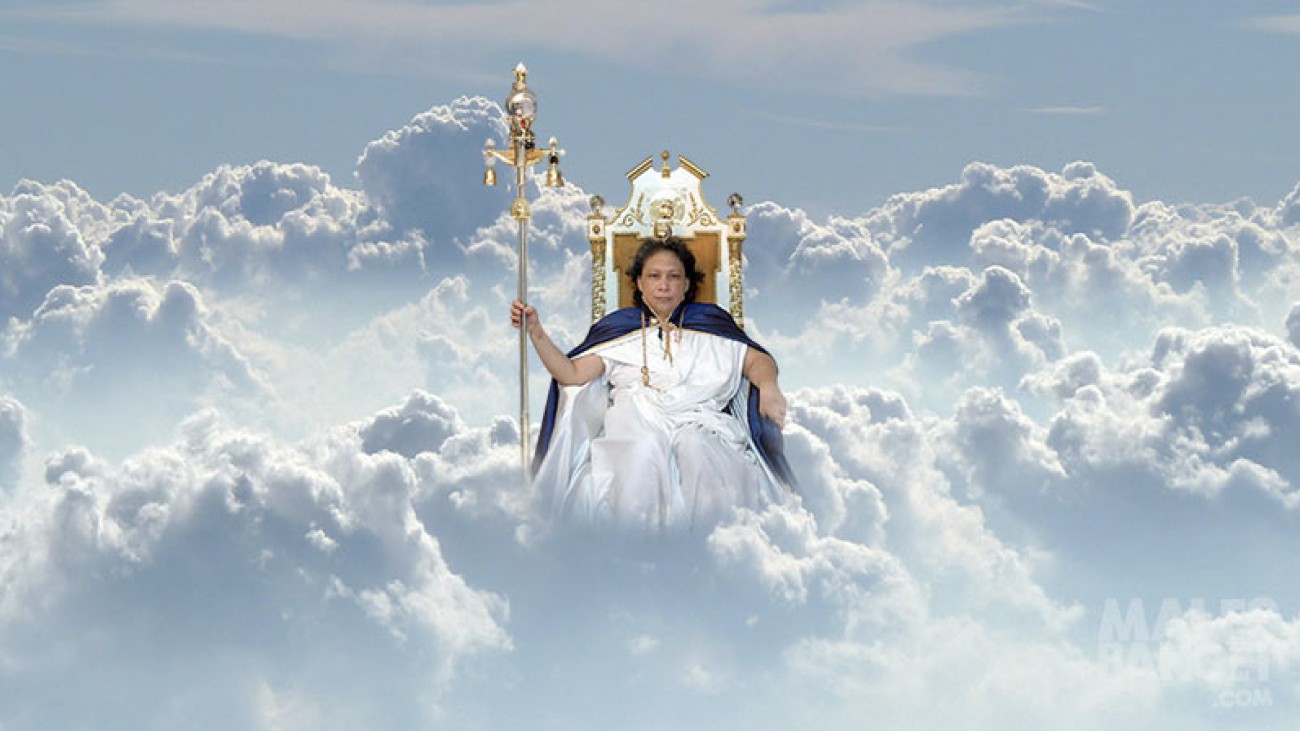 The supposed reincarnation of the Virgin Mary is from Indonesia and her name is Lia Eden. Before she awakened to her spiritual claim as a deity, she was a florist who worked her way into arranging flowers for prominent political figures such as the first lady of Indonesia, Tien Soeharto. After seeing a spiritual vision of a UFO picking her up, she started to combine major religions and claimed that she is the key figure that maintains harmony amongst them. However people started to see the dark side of Lia’s cult. A 9 year-old boy admitted that he was burned twice & followers confirmed they participated in a ‘cleansing’ by fire. Her religion was met with backlash and met with a violent response from Indonesians. Religious Minorities in Indonesia like Lia Eden's cult face intimidation, threats, and violence. During the time Lia’s cult was active in 2012, there were nearly 250 cases of acts of violence towards religious minorities in Indonesia. Soon after, Lia and 50 of her lawyers were taken to court and she lost. The Indonesian government is failing to protect the country's religious minorities from growing religious intolerance and violence even if it’s a cult. 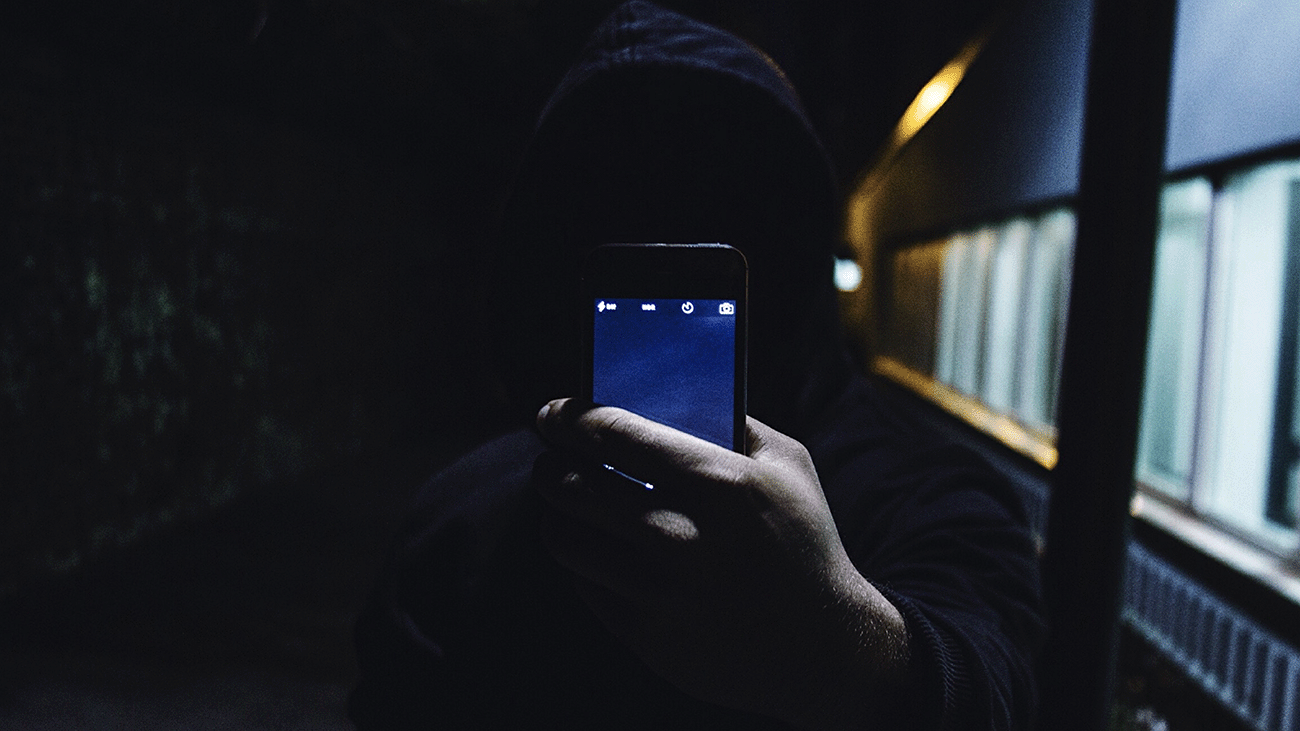 TW: sexual crimes and r*pe mentions. The Nth Room was a dark web sexual crime operation in South Korea that mainly used Telegram to sell and distribute explicit content from from 2018 to 2020. The number of confirmed victims is at least 103, including 26 minors. Predatory traffickers took advantage of victims’ financial situations and recruited them to take jobs with seemingly ‘easy’ money in exchange. Once they had obtained personal information, they blackmailed the victims, forcing them to upload sexually exploitative pictures and videos to multiple chat rooms: trapping them in sexual slavery. Meanwhile, the perpetrators were making money off anonymous chat room users who were willing to pay for their sick chance to watch and sometimes, participate. It was a team of young journalists who eventually brought the Nth Room to the public’s attention, leading to the arrests of its ringleaders: men only known as 갓갓 (“God God”) and 박사 (“Baksa”) online. In March 2020, their identities were revealed on TV across Korea, after millions of outraged people demanded justice. “Baksa” - who turned out to be 25-year-old Cho Joo Bin - thanked everyone for “putting the brakes on the life of a devil that could not be stopped.” While the case led to the arrests of over 60 dark web chat room operators and some legal revisions, there is still much work to be done to improve South Korea’s laws around digital sex crimes and prevent future Nth Rooms. 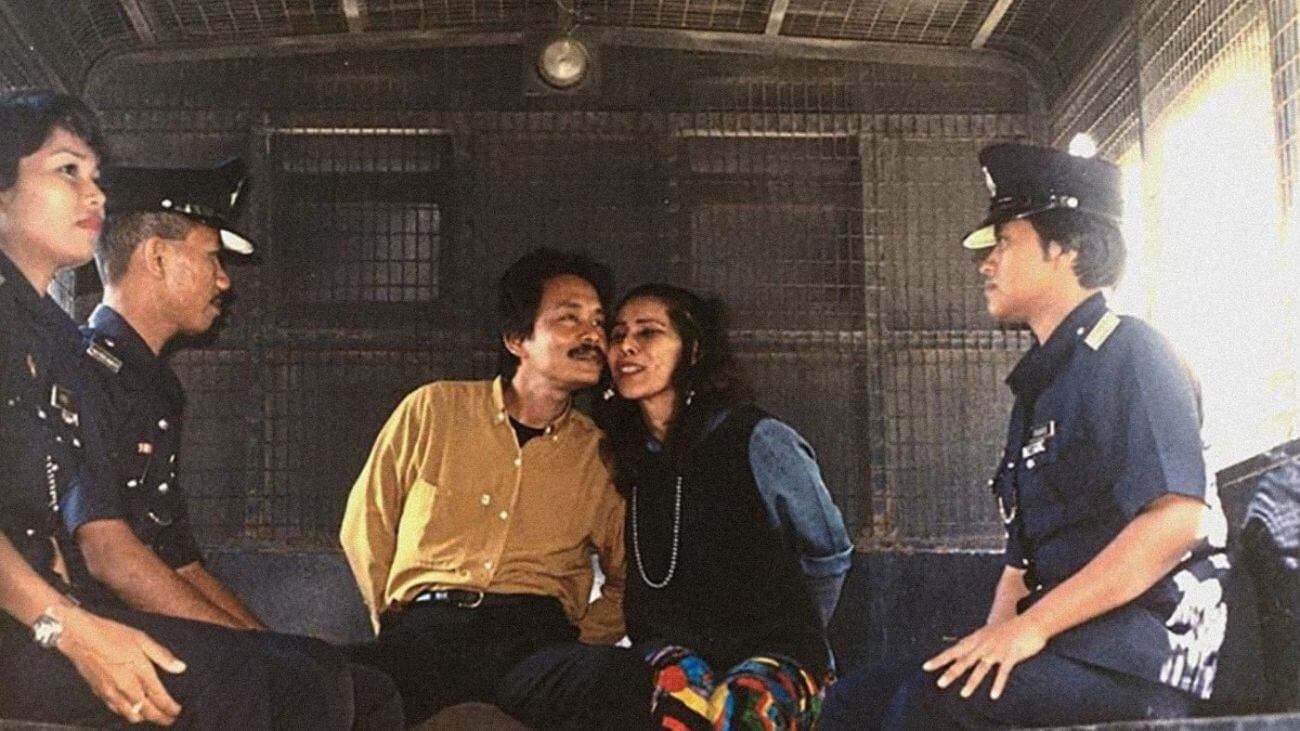 Mona Fandey dreamed of becoming Malaysia’s biggest pop star. Instead, she became the face of Malaysia’s most infamous crime after she murdered a local politician. After burying her victim six feet underground -- beheaded, skinned, and dismembered into 18 parts -- she was arrested and sentence to death. Her response? ""I am happy. Thank you to all of Malaysia."" This is the story of Mona Fandey, Malaysia’s most gruesome murderous witch doctor. 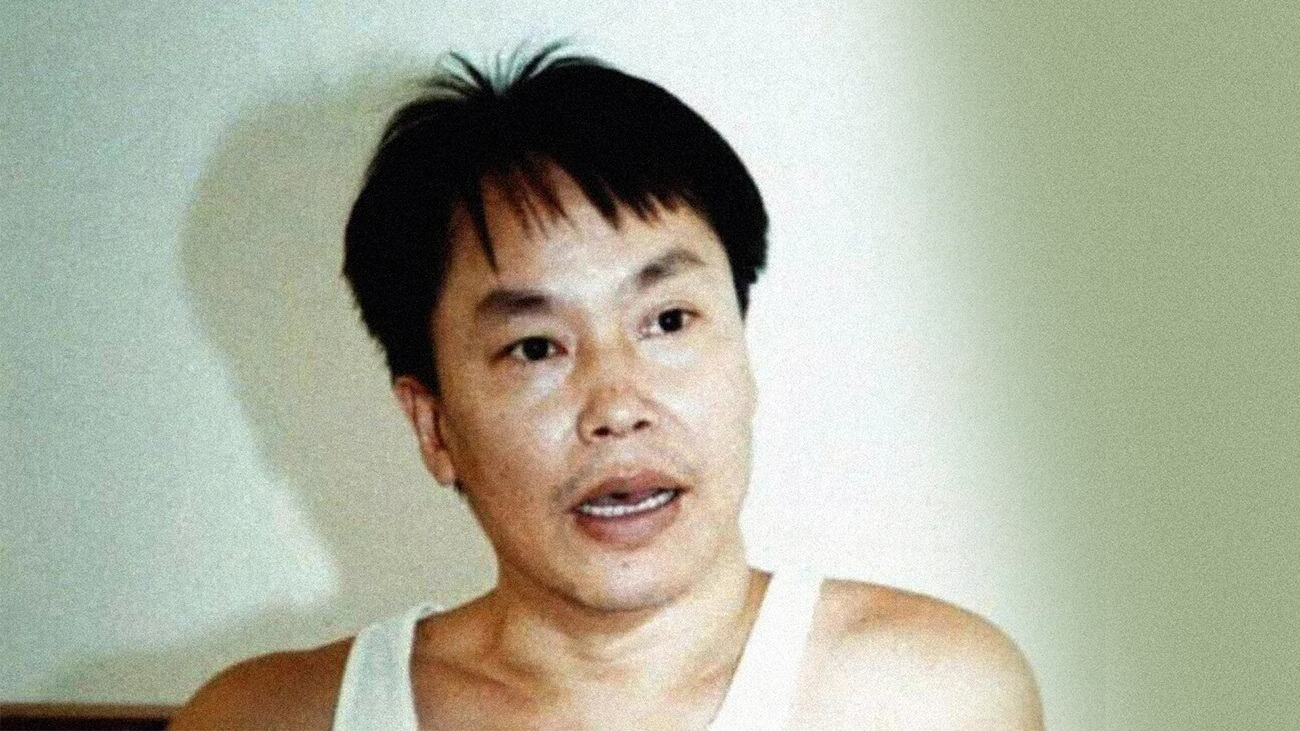 Cheung Tze Keung may have been the ballsiest gangster in history. He extorted Hong Kong billionaires for over $300 million dollars and spent lavishly on mansions and luxury cars before gambling it all away. 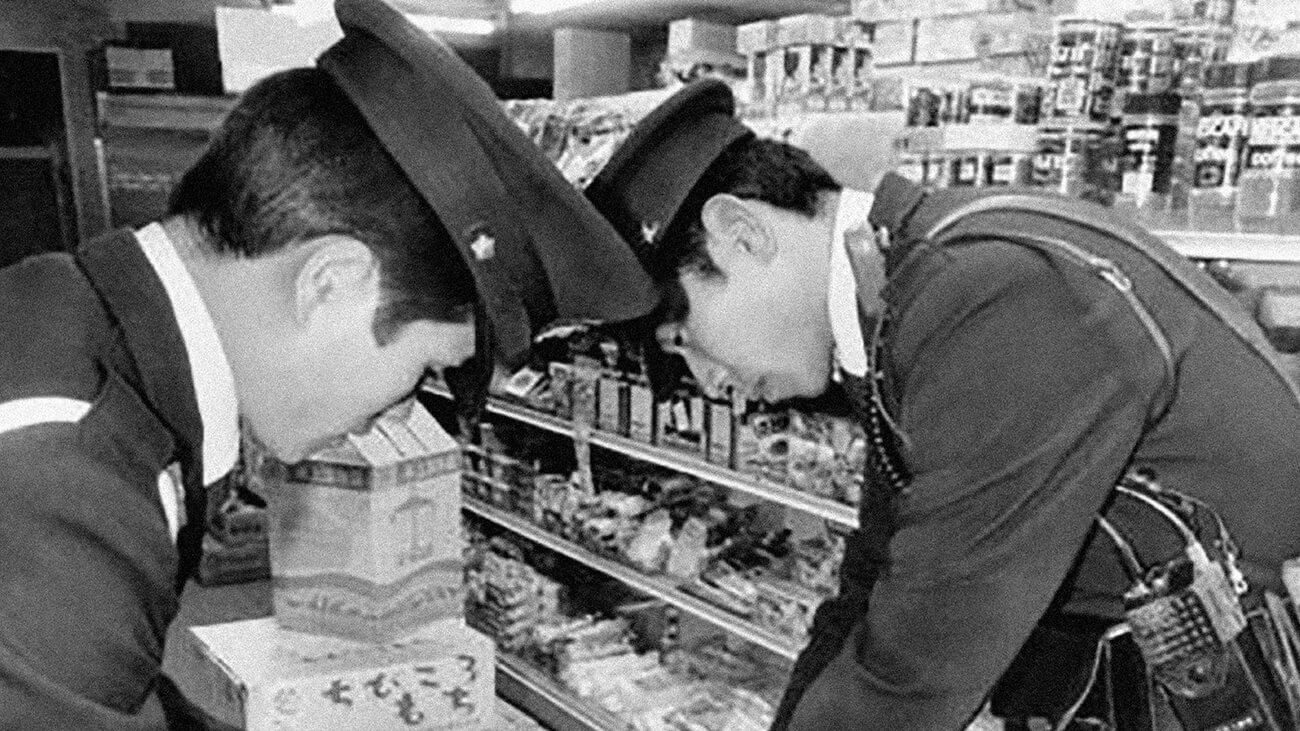 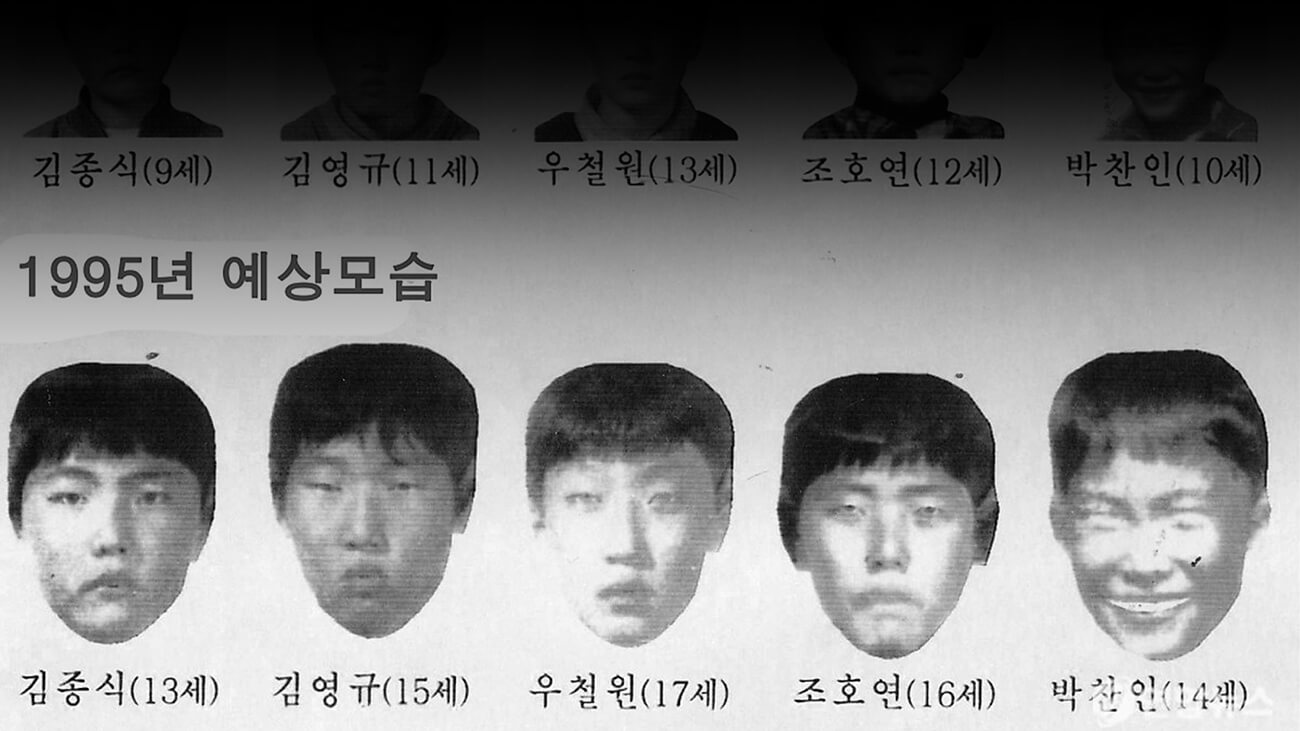 On March 26, 1991, five innocent boys trek out into the woods. They never make it back. The police brushed it off, saying they'd simply run away. But when days turned into weeks with no sign of the boys, their parents decided to take matters into their own hands. The parents started a nation-wide search to trying to find their kids, and the story spread like wildfire. Soon all of South Korea was on a wild search, looking for the group who became known as "The Frog Boys" based off a report that they had originally been searching for frogs. 11 years goes by, and then one day, a hiker finally comes across the Frog Boys. 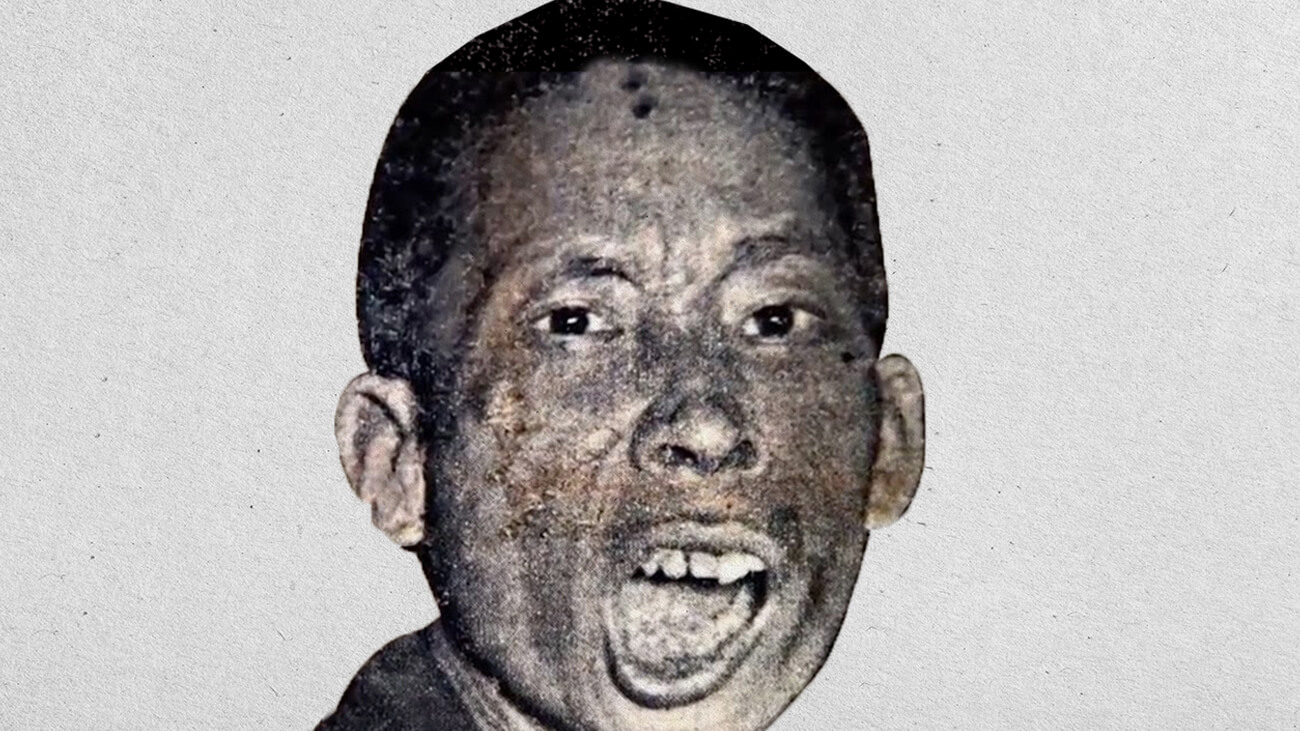 For decades, the infamous tale of Si Quey Sae-Ung has haunted the nightmares for Thai children. In 1958, he was sentenced to death after confessing to kidnapping and devouring children. After his execution, his corpse was mummified for all to see at a museum labeled as “the cannibal.” His name became synonymous with the Boogeyman. But in 2018, people started shedding a new light on Si Quey’s case, asking: Who was the killer really and could there be a darker truth behind his story? 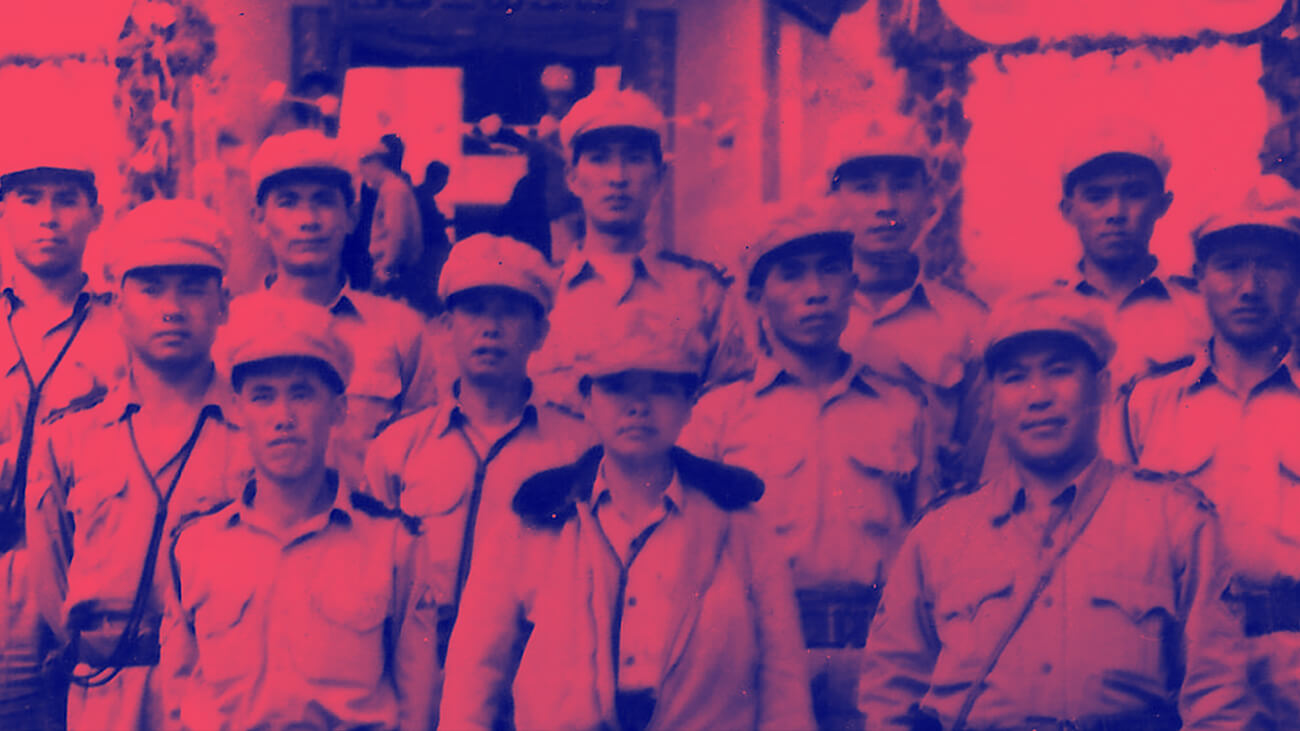 Northern Myanmar, 1950’s. Olive Yang was born a princess, but would become the second biggest drug dealer in the world. She ran away from home after being forced into a traditional arranged marriage, and from there led a guerrilla army to fight for freedom from the Burmese government. From kidnapping silver-screen lovers to smuggling heroin into the US, the former princess would eventually embrace her truth as a narco warlady. Until one day, everything changed...